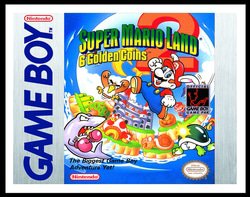 Pocketheaven.com is a fan of new innovative handheld devices like the PlayStation Vita and Nintendo's 3DS, but then again their advancement is based on the handheld systems that have preceded them. In spite of the fact that it had less significant forerunners, the undisputed of all handheld gaming devices is without a doubt Nintendo's first Game Boy system. Not only did this mini device promote portable gaming, it was also home to an abundance of amazing gaming titles. Join us as we take a look at the five best Nintendo Gameboy games ever and discover why they are considered as the top Gameboy games of all the time.